Two For The Money

Academy Award® winner Al Pacino and Matthew McConaughey star in this adrenaline-charged thriller about the sexy, high-stakes world of sports betting, where fortunes can be made and lost with the flip of a coin.  When Brandon Lang (McConaughey) becomes the protege of sports gambling’s power player, Walter Abrams (Pacino), he swiftly becomes the golden boy of the high-rolling world for consistently picking football winners.  Now, with millions on the line, he finds himself in a deadly game of con-versus-con with his new mentor.  Also starring Rene Russo and Jeremy Piven (HBO’s Entourage), Two For The Money sizzles with intense, non-stop thrills! 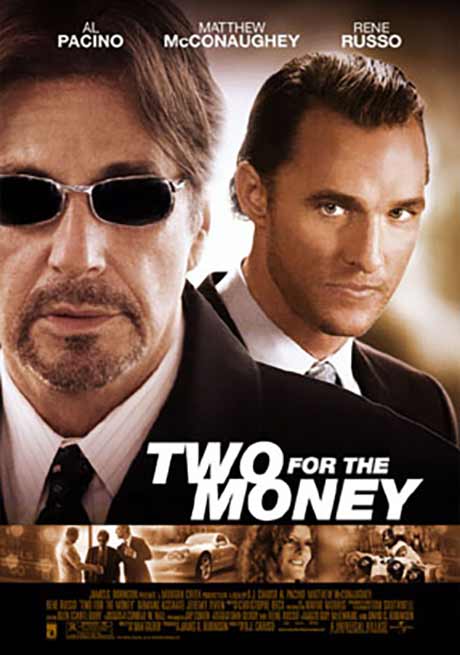