Bounty hunters from the future raid the present to provide new bodies for the super rich in the all-out, pedal-to-the-metal sci-fi thriller Freejack, directed by Geoff Murphy (Young Guns) and sparked by the imagination of Alien and Total Recall, veteran Ronald Shusett.

Emilio Estevez, Mick Jagger, Anthony Hopkins and Rene Russo star, keeping pace with the scenic, supersonic excitement. Prior to a crash, race car driver Alex Furlong (Estevez) is snatched from his cockpit and hurled into the futureworld of 2009. He’s dead. And running for his life. He’s a freejack, a stranger in the strangest of lands. And a relentless bonejacker (Jagger) can collect millions bringing him in. 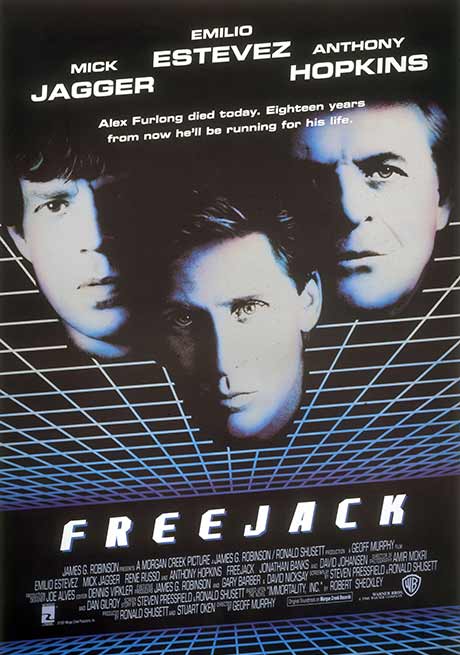