He’s guilty of murder. The feds have him dead to rights. At last there’s no escape for this mob boss, a Teflon Don who has slipped free of murder raps so many times before. But something goes wrong in the jury room. Eleven jurors vote guilty. One woman, her life and family threatened by the mob, votes to let the killer walk.  To set things right, that woman will have to fight back with a vengeance. In Trial By Jury, Joanne Whalley (Scarlett) plays Valerie Alston, a dutiful juror thrust into a nightmare…and forced by her plight to discover hidden resources she never suspected she had. Armand Assante (The Mambo Kings) is the gangster who vows death to Valerie and her son if she votes guilty. William Hurt (Body Heat) as a cop turned mob lowlife and Gabriel Byrne (Point Of No Return) as a zealous prosecutor add to the excitement of this fast-paced action thriller. 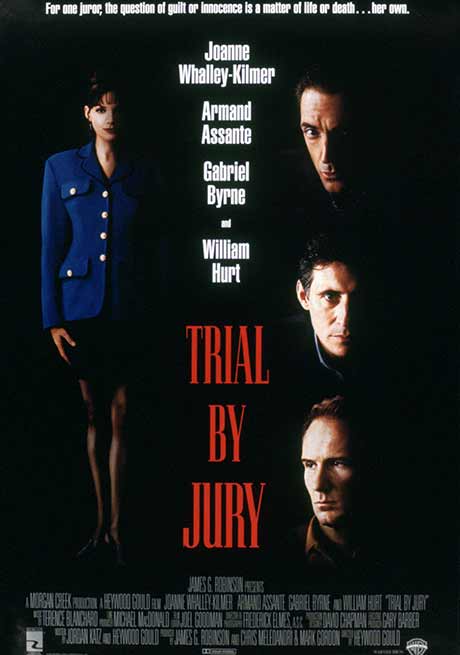