Dominion: Prequel To The Exorcist

A supernatural evil comes to a post-World War II archaeological dig in British East Africa. Or is the escalating toll of death and dread the inevitable result of human nature? Father Merrin witnessed man at his worst during the war, and it led him to abandon the priesthood. Now supervising the excavation of a mysterious church, he must rediscover his faith to combat a foe who’s cunning, unrelenting and immortal.

Dominion: Prequel To The Exorcist is the bold, eye-filling revelation of events that thrust Merrin (Stellan Skarsgard) onto a showdown course with mankind’s most insidious enemy. Paul Schrader (director of Auto Focus, screenwriter of Taxi Driver) directs, bringing insight and palpable terror to the newest chapter of the famed horror series whose battleground is the human soul. The fear is here. It will shake you to your core. 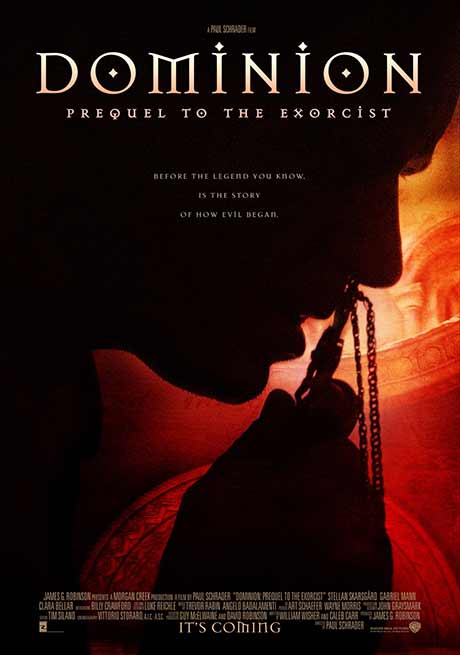