To corrupt railroad barons, Jesse James and Cole Younger are meddlers, troublemakers, ingrates and candidates for rope neckties. To the downtrodden folks in and around Liberty, Missouri, they’re something far different. Heroes.

Jess, Cole and their rough-and-ready gang ride to the rescue of farmers terrorized by a railroad’s land-grab scheme in American Outlaws, a dust-and-thunder update of Western lore starring Colin Farrell (Tigerland) as charismatic fiery Cole and Ali Larter (Final Destination) as Jesse’s gutsy wife Zee. “If I were to design the perfect outlaw band,” Detective Allan Pinkerton (Timothy Dalton) says, “this gang is what I would create.” He may not have created it; but he sure has his hands full dealing with it. 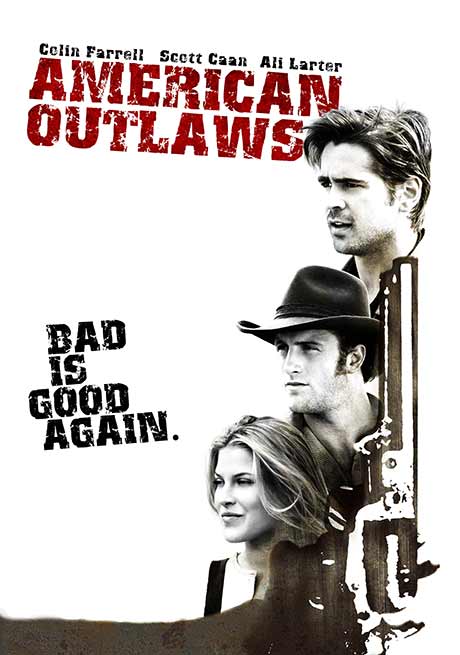