Murder in the first. Comedy every second. Framed for the shooting of a corporate moneybags, Ryan Harrison has been Wrongfully Accused! He’s also been rightfully cast. Leslie Nielson, comedy’s most bent straight arrow, portrays Harrison in the directorial debut of screenwriter Pat Proft, whose credits include the Naked Gun and Hot Shots! movies. Like so many heroes before him, Harrison’s gotta do what a hero’s gotta do. (Only he does it funnier.) Clear his name. Find a one-armed, one-legged, one-eyed criminal. Evade a manhunt. Plunge over a waterfall. Remove that flopping fish from his pocket. Yes, Harrison is a fugitive. Not The Fugitive, although that movie is cleverly parodied, as are Mission: Impossible, Braveheart, Casablanca and many more. The spoofs come fast and hilarious in a caper that’s not just a movie–it’s every movie! 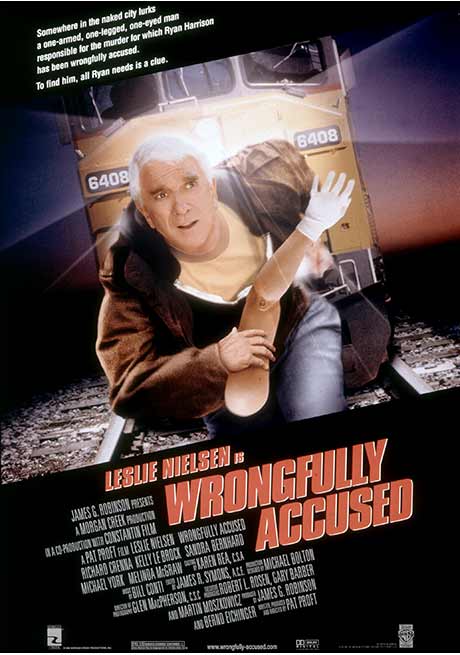