Full, crescent, quarter…each is a Bad Moon for Ted Harrison. By day, he’s a photojournalist visiting family in the Pacific Northwest. By night, he transfigures into a horrific half-human – a werewolf. Dead men tell no tales, so Ted’s sure he alone knows about his vile double life. The secret, however, may be out. The family dog, Thor, devoted to defending the household, has his suspicions.

Writer/director Eric Red (The Hitcher, Body Parts) delivers a new infusion of thrills with this red blooded shocker. Michael Pare portrays Ted, hiding his accursed condition from his sister (Mariel Hemingway) and nephew (Mason Gamble). What better way to hide it than to create suspicion that the local killings are the work of another – especially if that other is the family’s all-too-wise German Shepherd! 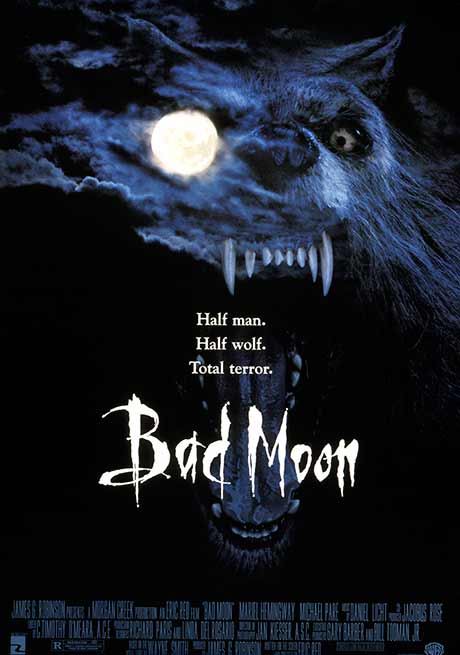