Couch potato Roy Knable (John Ritter) has entered a new dimension in TV viewing – on the other side of the screen. If he survives, he can return home. If not, like a show with no audience, he’ll be cancelled…for good!

The satellite dish Roy just bought on a free trial offer has sucked him and wife Helen (Pam Dawber) into a hilariously bizarre teleworld. The Knables zap through eipsodes of Duane’s Underworld, HTV, Northen Overxposure, Driving Over Miss Daisy, Underworld Werestling Foundation, the animated Robocat (supervised by Chuck Jones) and more, all programmed by a devilish exec (Jeffery Jones). Demonically directed by Peter Hyams (End Of Days), Stay Tuned is sublime spoofery. Bet your remote on it! 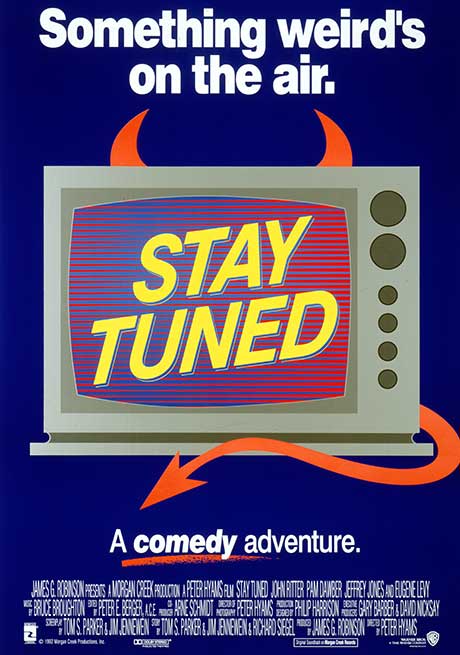