After a violent cover mission, the elite Army Rangers have brought home a terrorist bomber to face American Justice. But the battle has just begun for Captain Scott Broughton (Matt McCoy: L.A. Confidential) and his band of commandos. Left to die on the bomber mission, one of Broughtoun’s CIA Operatives (Glenn Plummer: Speed, Speed 2) seeks revenge on the spymasters who betrayed him. Aided by a crafty senator (Corbin Bernson: Major League) the Rangers combat more hidded traitors and a final invasion of terrorists determined to free their leader. The stakes are sky-high in this action-packed thriller as Broughton and his men use their wits – and firepower – to defend honor, country and justice. 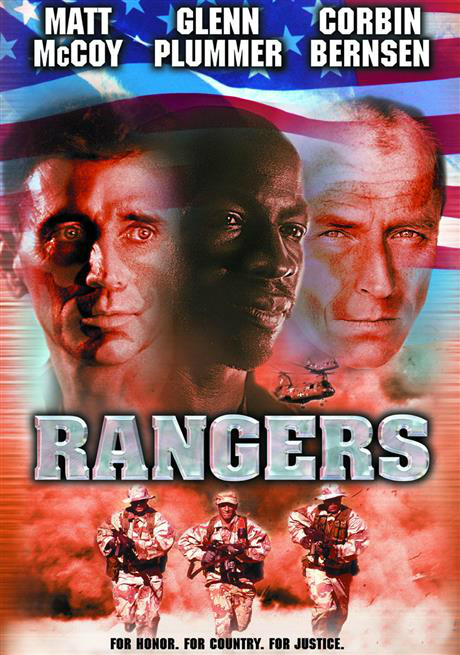