The Prize Winner Of Defiance, Ohio

Kelly and Evelyn Ryan live in Defiance, Ohio with their 10 children. At first glance their life seems idyllic; they call each other “Mother” and “Father” and seem to dote on the kids. But Kelly was a garage-band crooner whose voice was ruined in an auto accident. He’s resigned to a dead-end factory job that barely pays the bills, and is given to fits of alcohol-induced rage. Evelyn, a stay-at-home wife and mother, deals with this abuse by appealing to her priest, who is no help at all. She deals with their poverty by entering the jingle contests that were the rage in the 50’s and early 60’s, even sending in multiple entries in the names of the children. She is very clever at it, winning more than her share of prizes, but her successes aren’t enough to keep the wolf from the door. Further, they trigger Kelly’s insecurities and he retreats deeper into the bottle, using food and mortgage money to support the habit. Can the loving, optimistic Evelyn hold the family together? Is she justified in placing her faith in the deeply-flawed Kelly? How will the children turn out? This underrated film provides an inspirational answer to these questions. 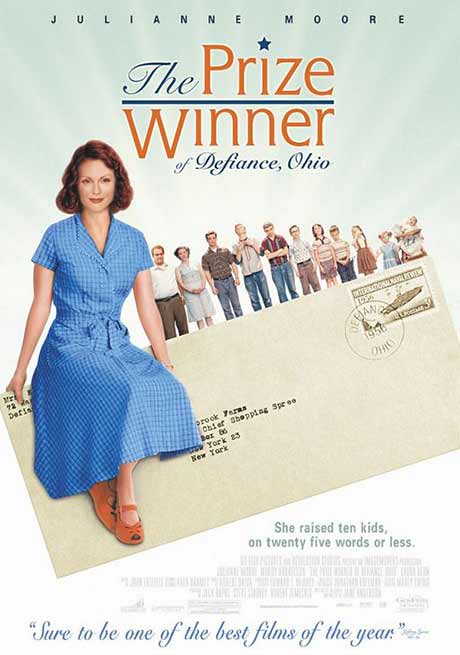