The suspect confessed to the murder, then took his own life. Case closed? Not for the homicide cop Jerry Black (Jack Nicholson). He has his own instincts about the crime. Even though he’s ready to begin a gone-fishin’ retirement, he promised the victim’s family he’d find the killer.

Jack Nicholson heads an all-star cast (Robin Wright, Aaron Eckhart, Benicio Del Toro and more) in this gripping tale of a detective, driven to seek the truth…and driven into the darker reaches of his own mind by obsession. Sean Penn (who previously guided Nicholson in The Crossing Guard) directs, shaping sharp portrayals, crisp detail and a mounting sense of dread into a thriller that’s both unconventional and unforgettable. 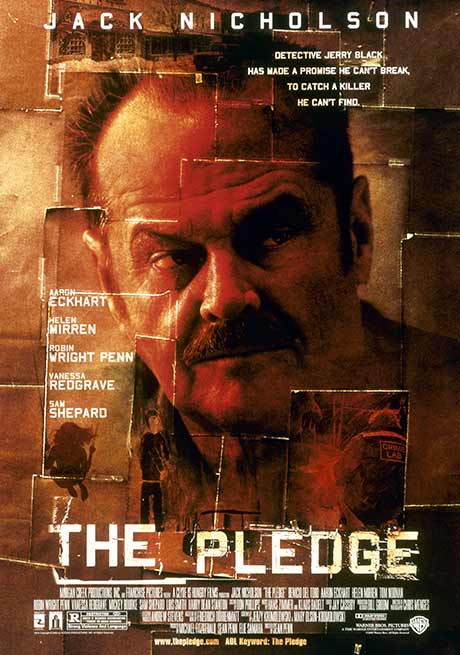