You’re out of the league, Jamal Jeffries. Don’t let the door hit your backside on the way out. Just like that, Jamal’s pro-basketball career is finished. Juwanna bet?

With sass, skill and the right lipstick, Jamal transforms himself from basketball’s bad boy into a star of the women’s league in this gender-bender comedy. Miguel A. Nunez, Jr. portrays Jamal/Juwanna, a Mann in a woman’s world who becomes a better man along the way. S/he got game. So do this romp’s other talents, including Tommy Davidson as Mann-crazy rapper Puff Smokey Smoke. Juwanna Mann? Sure ya do. 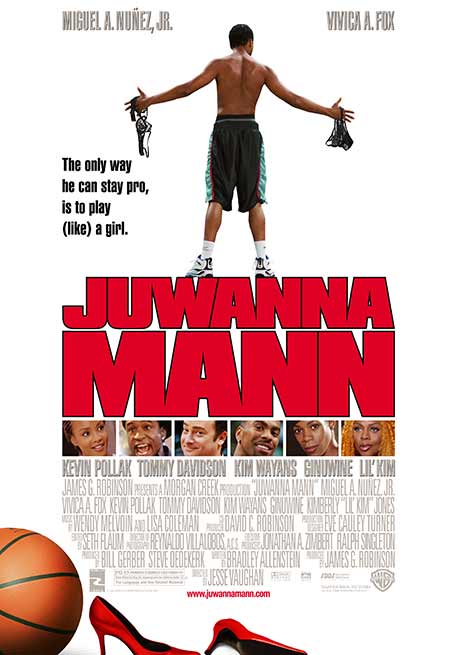