Navy Shore Patrol lifer Rock Reilly (Tom Berenger) has seen it all. His upstart new partner Eddie Devane (William McNamara) has seen enough: he’s ready for discharge. But they haven’t seen anything until they meet gorgeous Ensign Toni Johnson (Erika Eleniak), the prisoner they’re escorting to base in Chasers, a rollicking road adventure directed by Dennis Hopper (who’s also a part of the colorful supporting cast).

The chaser duty – a prisoner transfer – is routine, but Toni’s determined to escape. And her frequent attempts will put Reilly and Devane on their own personal off-ramps to love and liberation. Traveling to the beat of songs by Dwight Yoakam and other country greats, Chasers is definitely worth catching. 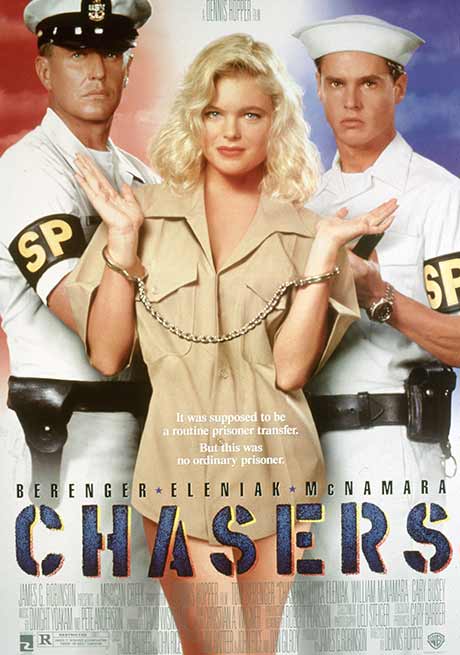