Two If By Sea

Sandra Bullock and Denis Leary are two to see in Two If By Sea, a romantic comedy that knows that in the battle of the sexes, the combatants really do want the same things. Like love. A warm body. An occasional pizza. Leary portrays Frank O’Brien, a petty thief eager to have a kick-back weekend among the New England yacht-and-caviar set. Accomplice Roz (Bullock), Frank’s long-suffering squeeze of seven years and counting, just yearns to be wanted. Because a painting they’ve stolen turns out to be a priceless artwork, they’ll get their wishes…and more. Frank will have his weekend and a chance for a longer stint at an Iron-Bar Motel. And Roz will be wanted. By the FBI. By an amorous collector of art. By goons in an ice-cream truck. And by a reawakened Frank for a life sentence called love. Can a renewed flame see a bickering couple through thick and thin? One thing’s sure: Frank and Roz are in it through thick and thicker. 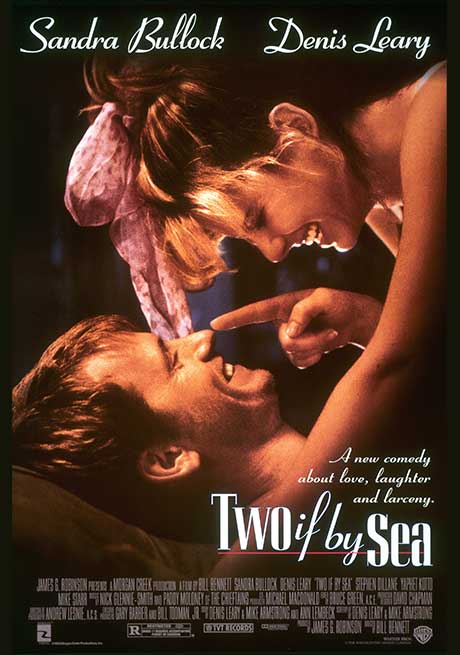