Undercover cop Buster McHenry (Sutherland) crosses the line by infiltrating and joining a gang of criminals on a jewelry heist. The robbery fails, with the gang only managing to steal a sacred lance from a nearby American Indian exhibit. Deserted by the thieves and hunted by the police, McHenry reluctantly teams up with Lakota tribesman Hank Storm (Phillips) who has been sent to recover the ancient weapon in this fiery, fast-paced thrill-ride. 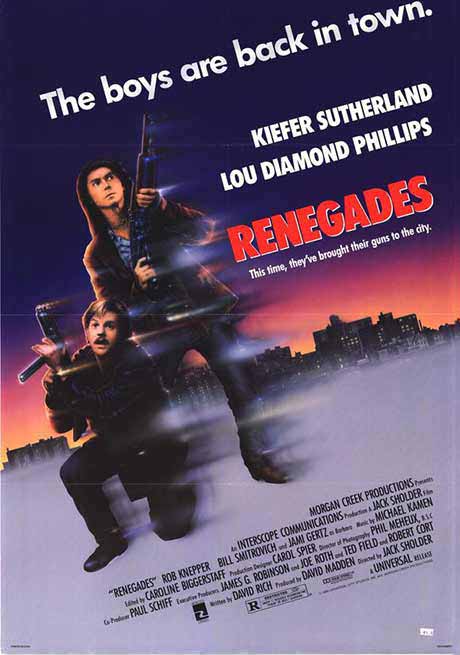