The King And I

Traveling to the exotic kingdom of Siam to instruct the Royal children, English school teacher Anna Leonowens soon discovers that her most difficult challenge is the stubborn, imperious King himself. But even as a wondrous friendship grows between Anna and the arrogant monarch, an evil sorcerer is conjuring up a plot to steal the throne! Sparkling with playful new characters kids will love, it’s an enchantingly animated tale of royal romance, courtly intrigue and timeless musical favorites! 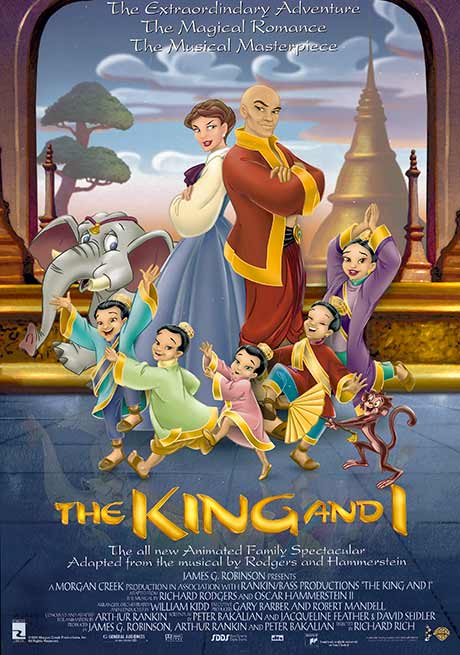