City By The Sea

Vincent LaMarca’s job is to arrest killers, but this job is different. The suspect he is tracking is his own son. As a cop, LaMarca must bring the accused to justice. As a father, he must find a way to save his son. True events inspired this compelling police thriller starring award winning actors Robert De Niro, Frances McDormand and James Franco. De Niro memorably plays LaMarca, burdened by tragedy and his failings as a father…. and now putting his life on the line to do right by his family and profession.
“De Niro has been showing us great stuff for 30 years now, but in this movie he shows us something new,” the San Francisco’s Chronicle’s, Mick LaSalle wrote. “Put another way: a great actor redefines his greatness in City by the Sea.” 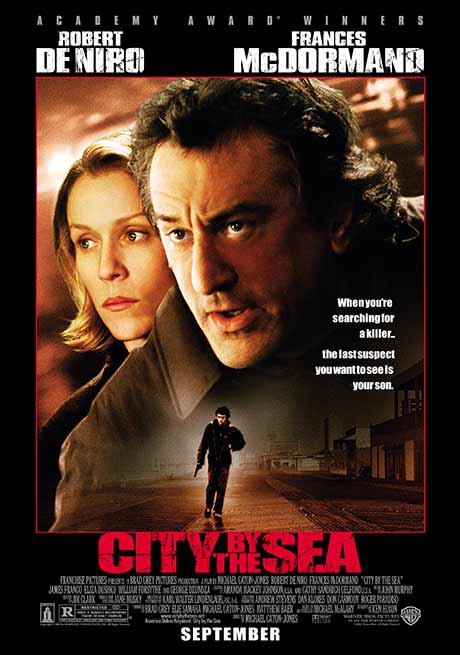