Across The Universe, an original musical film, is a love story set against the backdrop of the 1960s, amid the turbulent years of anti-war protest, the struggle for free speech and civil rights, mind exploration and rock ‘n roll. At once gritty, whimsical and highly theatrical, the story moves from high schools and universities in Massachusetts, Princeton and Ohio to the Lower East Side of Manhattan, the Detroit riots, the killing fields of Vietnam and the dockyards of Liverpool. Combining live action with painted and three-dimensional animation, the film features an array of Beatles songs that have come to define the period. 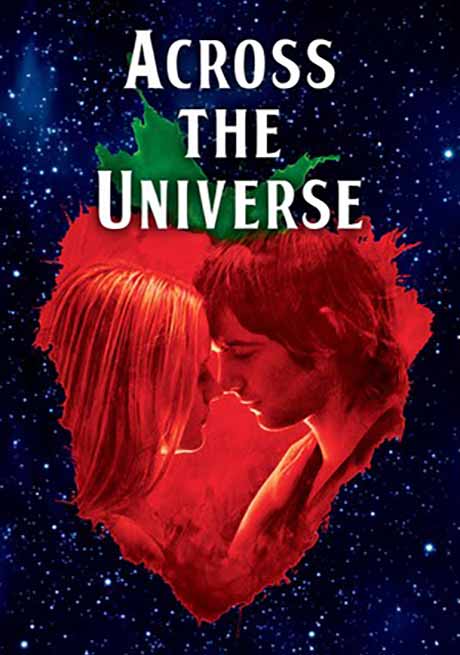