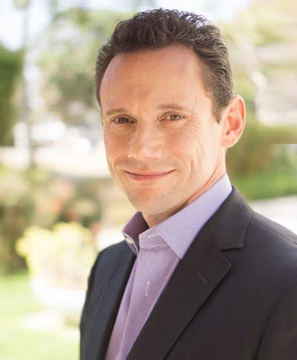 Vince Totino is the Chief Executive Officer of Revolution Studios. Since he joined the company in 2001, Revolution has produced 47 films, which collectively earned more than $4 billion in box office receipts.

In 2017, Totino and President and Chief Operating Officer Scott Hemming led the sale of Revolution to the Los Angeles based investment firm Content Partners, LLC and its affiliate, CP Enterprises.  Prior to the sale, the duo spearheaded the 2014 sale of Revolution to funds managed by Fortress Investment Group, working closely with advisory firm Evolution Media Capital. They also led the subsequent syndicated refinancing with Sun Trust.  Previously, Totino negotiated and managed Revolution’s $750 million credit facility with JP Morgan.

Totino was a close business adviser to Leeding Media, a Los Angeles and Beijing-based firm which structures Chinese-US co-productions with leading talent from both countries. He has served on the board of Creative Circle, a marketing and advertising staffing agency.

Before joining Revolution, Totino was the Director of Finance for Brillstein-Grey Entertainment, producer of such hit TV series as “The Sopranos,” “Just Shoot Me” and “The Larry Sanders Show.” Prior to Brillstein-Grey, he worked at Universal Studios in the corporate finance department. Totino began his career as an auditor at KPMG where he received his CPA certification. He graduated from the University of Southern California’s Leventhal School of Accounting.